Movies are free and open to the public

Frankfurt, 1946. David Bermann (Moritz Bleibtreu) and his Jewish friends have escaped the Nazi regime and are now dreaming of leaving for America. But how will they get the money in these tough post-war times? The smooth-talking businessman focuses on what the Germans now need most: fine bed linens nicely wrapped in amusing stories! The six talented entertainers go from home to home, praising housewives with ashy chutzpah until the flattered ladies have no choice but to buy their irresistible items. Rating: NR.  Runtime: 101 minutes. More information from rotten tomatoes.

In this action-packed thriller, Liam Neeson is Michael, an insurance salesman, whose daily commute home quickly becomes anything but routine. After being confronted by a mysterious stranger (Vera Farmiga), Michael is blackmailed into finding the identity of a passenger on his train before the last stop. As he works against the clock to solve the puzzle, Michael is unwittingly caught up in a criminal conspiracy that carries life and death stakes for himself and his fellow passengers.  Rating:  {G-13 (for some intense action/violence and language)  Runtime:  105 minutes. More information from imdb. 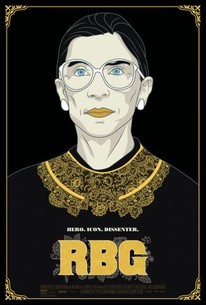 At the age of 84, U.S. Supreme Court Justice Ruth Bader Ginsburg has developed a breathtaking legal legacy while becoming an unexpected pop culture icon. But without a definitive Ginsburg biography, the unique personal journey of this diminutive, quiet warrior’s rise to the nation’s highest court has been largely unknown, even to some of her biggest fans – until now. RBG is a revelatory documentary exploring Ginsburg ‘s exceptional life and career from Betsy West and Julie Cohen, and co-produced by Storyville Films and CNN Films. Rating: PG (for some thematic elements and language. Runtime: 96 minutes.  More information from rotten tomatoes.